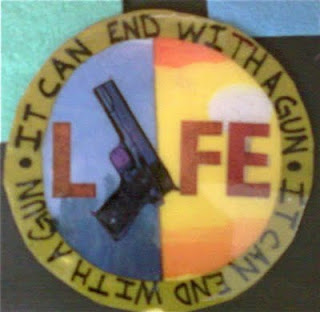 I didn't exactly follow another ruling last week by SCOTUS regarding gun rights. So this column from the LA Times goes into this issue a bit further using the racial angle.

So, on Thursday, while many were apoplectic over the Supreme Court’s decision to uphold the rights of gun owners to carry a loaded weapon in public — throwing gun control laws in California and New York into limbo at a time when shootings are increasing — Jones was thoughtful.

On the one hand, he wants it to be easy for law-abiding citizens to be able to defend themselves “if and when the time arises.” But on the other hand, he’s a 50-year-old realist who knows that fear and hatred of Black people run deep in the United States, especially when we’re armed.

“There’s no overt racism when we go to the gun range, but we know how people are looking at us,” Jones said of the dozens of Black members who meet up to go shooting. “We know the things that people think.”California Democrats are scrambling to craft and enact new legislation this week that would somehow salvage the requirement — assuming local law enforcement continues to enforce it — that residents get a permit before carrying a concealed weapon.

“Our state will continue to lead in the fight to keep our people safe,” Gov. Gavin Newsom insisted on Thursday. Indeed, of all states, we have one of the lowest rates of dying by a bullet.

But the governor and lawmakers could fail, and the Supreme Court’s ruling could stand. And then, California could be forced to confront a reality that has long made many self-proclaimed liberals uncomfortable: Black people — potentially a lot of us — legally carrying guns in public.

Law abiding citizens including Black Americans have the right to own a gun for their own self-defense. Anyone engaging in any criminal behavior should be punished and certainly not a simple gun owner should be punished. And the racial angle shouldn't matter at all.

This column further discusses for example the issue of Black Panthers and of course thanks to the unrest of 2020 and continuing volatility expsecially after the Roe V. Wade ruling this would be a good time to start taking advantage of your rights and learn to use a firearm.