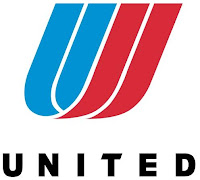 Noted in this AP article, Flight 93 had crashed in Pennsylvania & Flight 175 has crashed into one of the twin towers on 9/11. United Airlines attempts to explain what they call a technical error:

Spokesman Rahsaan Johnson blamed the reuse of flight numbers 93 and 175 on a "technical error." He said the airline has taken steps to have the numbers removed from its computers.

A notice posted Tuesday on the airline schedule website Airlineroute.net said United planned to reactive the two flight numbers Saturday, but that Continental Airlines would operate the flights in a code-sharing arrangement. A code share allows one airline to book seats on a flight operated by a second airline. Often the flights operate with the name of the airline that did the booking rather than the airline operating flight.

United and Continental recently merged and become United Continental Holdings Inc., but are in the process of combining their operations. Under the merger agreement, the combined airline will fly under the United name.

The notice on Airlineroute.net said the new flight 93 would fly from Houston to San Jose, Calif., and that flight 175 would operate from Boston to Newark.

The original flight 93 flew from Newark, NJ to San Francisco and the original 175 flew from Boston, MA to Los Angeles.
Posted by Levois at 8:29 PM