Anyone in Chicago has Walter's WWE UK Title??? 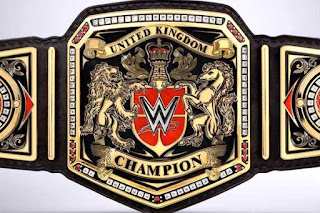 I found this article from Block Club Chi tonite as I was watching Monday Nite Raw. While I didn't first see this report here, Walter is the reigning defending WWE UK champion and he was in town for a wrestling show EVOLVE 142. EVOLVE is a promotion that has a relationship with WWE and many who are on the NXT roster have at one point wrestled for EVOLVE.

Anyway according to the article there have been a rash of vehicle break-ins in Chicago's Logan Park area. This is where Walter had been part of Evolve's event at the Logan Square Auditorium. Another wrestler's items were also stolen but I'm sure what authorities are looking for is Walter's UK championship in addition to his passport.

I've jokingly even tweeted asking if anyone in Chicago has Walter's belt and passport.


Still I first heard about this from the YouTube channel Wrestlelamia on Sunday. It's among other stories and if you click video within the brackets it will take you directly to the story about Walter's missing title at about the 9 min. 55 sec. mark [VIDEO]

Here's hoping they find the belt in time for next month's NXT UK Takeover Blackpool 2 when Walter as the reigning champion faces his challenger Joe Coffey.
Posted by Levois at 11:30 PM